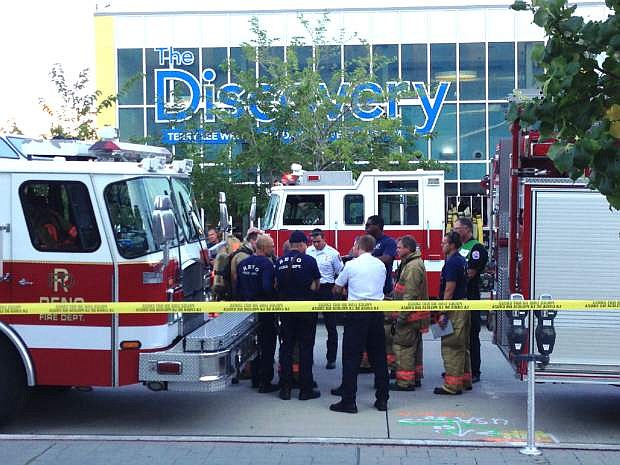 Firefighters confer out side the Nevada Disvory Museum in Reno, Nev., Wednesday Sept. 3, 2014. A minor explosion during a science experiment at the museum burned several children and forced the evacuation of the museum.. (AP Photo/Scott Sonner).