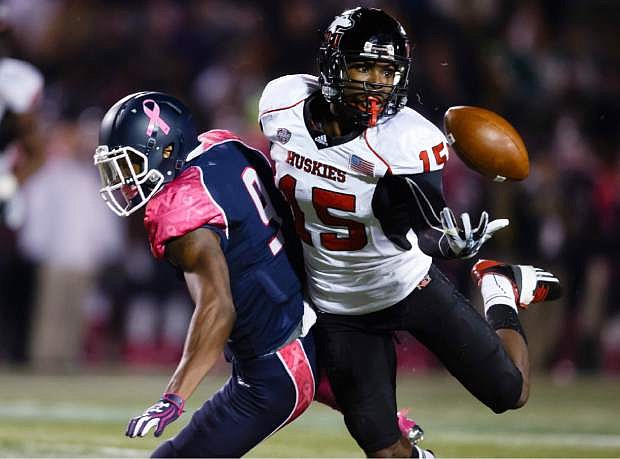 FILE - In this Nov. 20, 2013, file photo, Northern Illinois safety Jimmie Ward (15) intercepts a pass intended for Toledo wide receiver Alonzo Russell (9) during the first quarter of an NCAA college football game in Toledo, Ohio. Ward was selected in the first round, 30th overall, by the San Francisco 49ers in the NFL draft on Thursday, May 8, 2014. (AP Photo/Rick Osentoski, File)