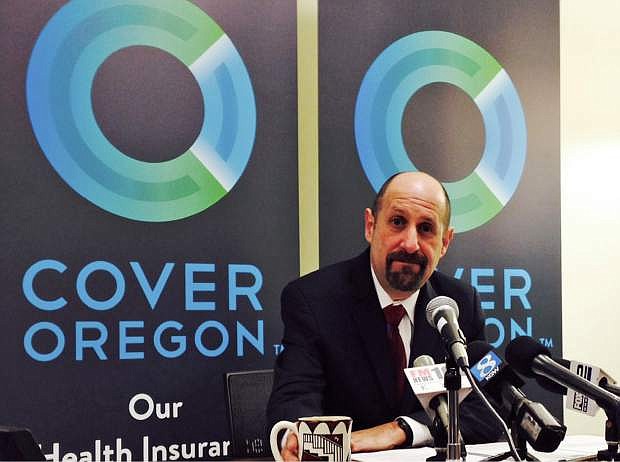 FILE - This Dec. 10, 2013, file photo shows Cover Oregon Executive Director Dr. Bruce Goldberg at a news conference at Cover Oregon headquarters in Durham, Ore. With the open enrollment deadline approaching, some states running their own health insurance exchanges are focused less on getting robust sign-ups than on avoiding total disaster. Nevada, Massachusetts, Vermont, Maryland and Oregon are among the states facing severe technical and administrative problems, which have led to firings of top officials and contract cancellations for key software companies.(AP Photo/Gosia Wozniacka, File)