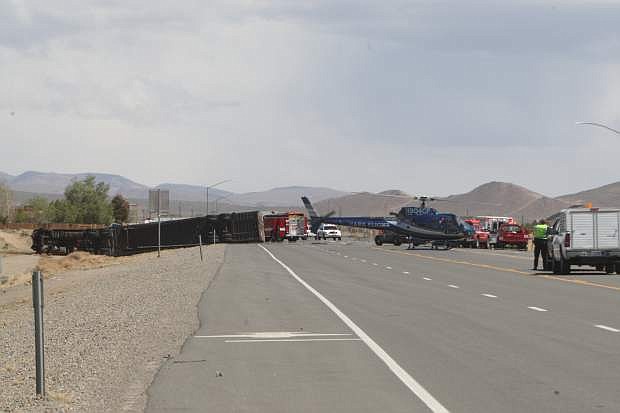 A Care Flight helicopter lands in the middle of Highway 50, east of Dayton to transport victims in a vehicle accident on Tuesday.