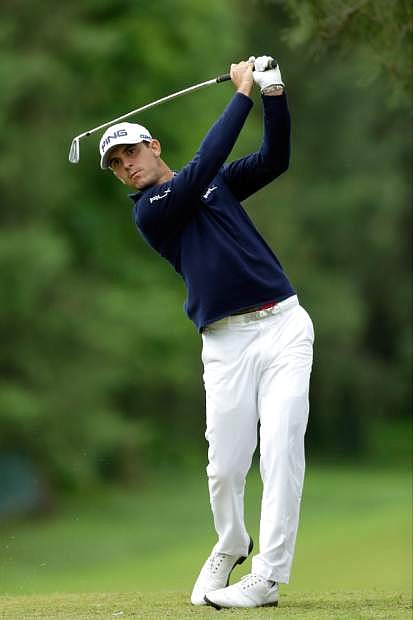 Billy Horschel tees off on the eighth hole during the first round of the U.S. Open golf tournament at Merion Golf Club, Friday, June 14, 2013, in Ardmore, Pa. (AP Photo/Julio Cortez)