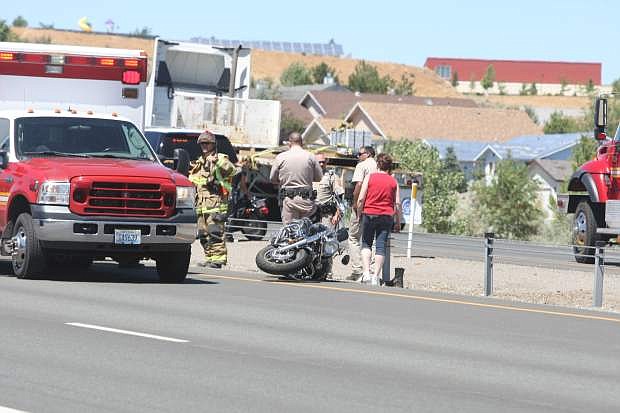 A motorcyclist was injured Wednesday after an accident on Highway 395 between Mica Drive and Jacks Valley Road. Traffic was backed up while the Nevada Highway Patrol investigated the crash. No other information was available Wednesday.