Half of Carson City recluse's gold is auctioned for $3.5M 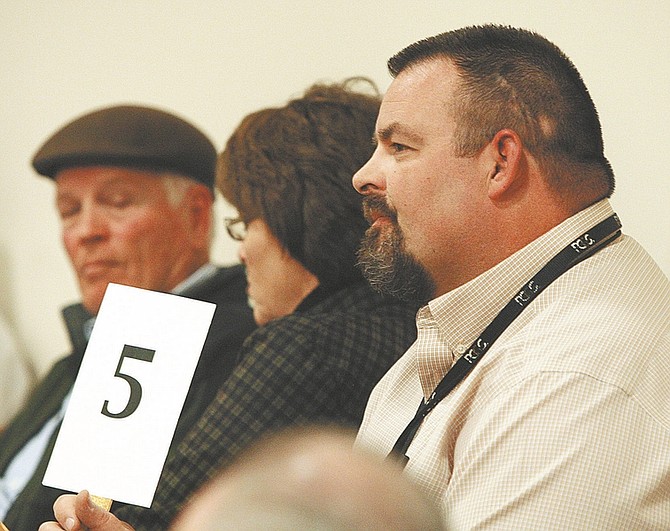 Photos by Jim Grant / Nevada AppealNorthern Nevada Coin owner Allen Rowe bids on one of the 11 lots of gold coins that were auctioned at the Carson courthouse on Tuesday.