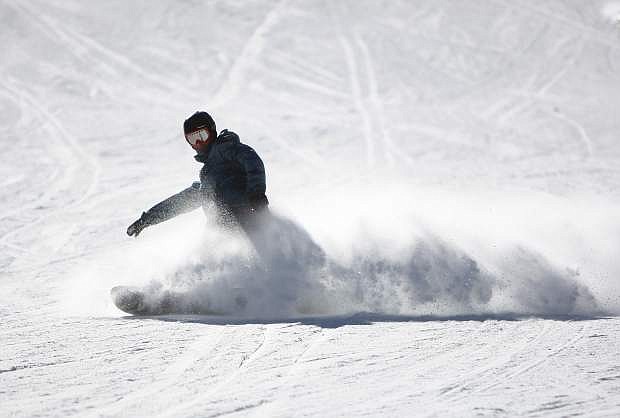 A snowboarder on Friday rides down to Stagecoach Express, a chairlift at Heavenly Mountain Resort that opened Wednesday.