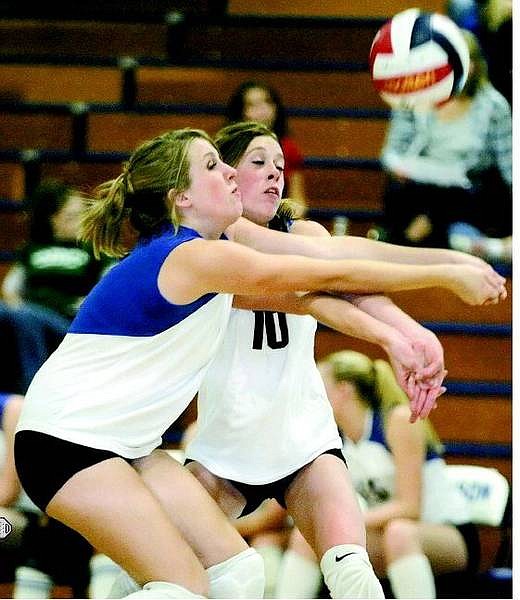 BRAD HORN/Nevada Appeal Carson Senators Michelle Raponi, left, and Morgan Nuckolls reach for a ball during their game against the Wooster Colts in Carson CIty on Thursday. The Senators beat the Colts 3-0.