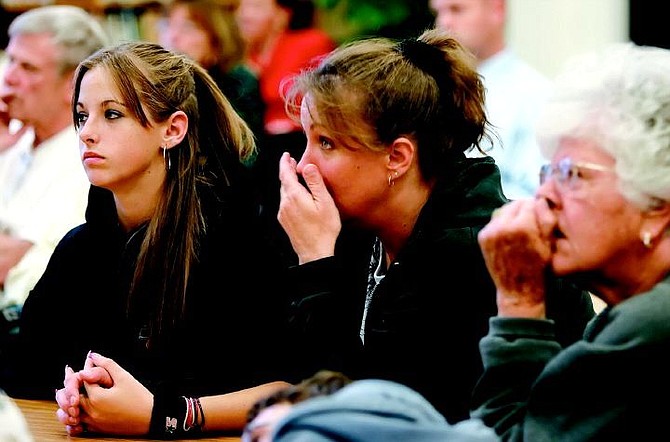 Chad Lundquist/Nevada Appeal Lisa Brooks, 38, center, reacts to a video about methamphetamine abuse on Tuesday night during the first of a three seminars entitled &quot;Get the Facts about Methamphetamine.&quot; About 25 people attended the seminar at Bordewich/Bray Elementary School, including Brook&#039;s daughter Susan, 13, left, and her mother Lucy Garman, right.