Butler has done it so far for Pack 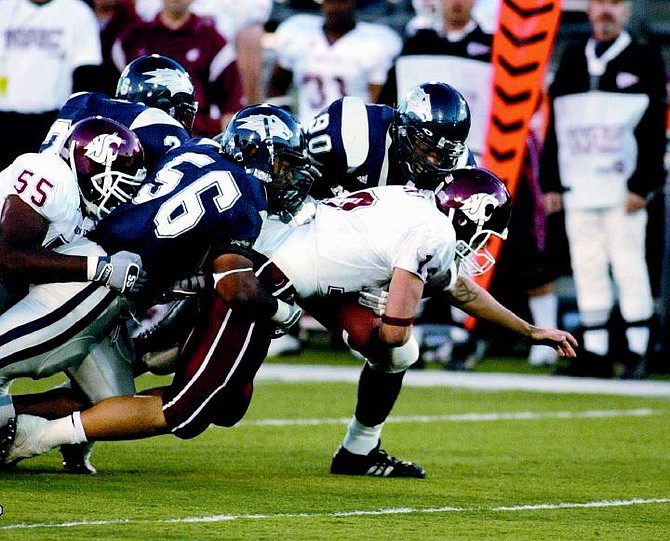 Cathleen Allison/Nevada Appeal Ezra Butler, 56, teams with Craig Bailey, 90, for a first-half sack in the 55-21 loss to Washington State in the Pack&#039;s home opener.