One of the brides was a real dog 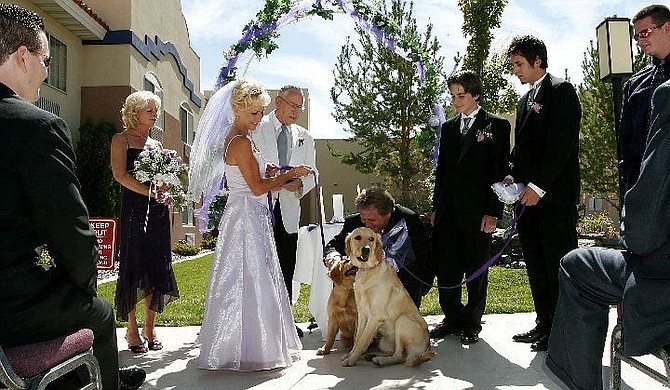 Brian Sokol/Nevada Appeal The wedding of Suzanne Neves and Todd Boerner, this Sunday at the Pinion Plaza Casio, took an unexpected turn when it was announced that the couples&#039; two Golden Retrievers, Viking of Tahoe and Lady Love Nevaeh, were also to be joined in the holy bonds of (canine) wedlock.