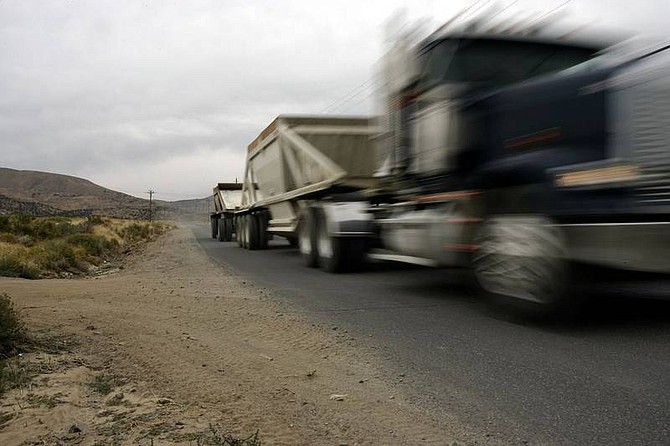 Chad Lundquist/Nevada Appeal A dump truck travels down Linehan Road on Tuesday where residents fear a proposed residential development will add traffic problems in the primarily rural and industrial area.