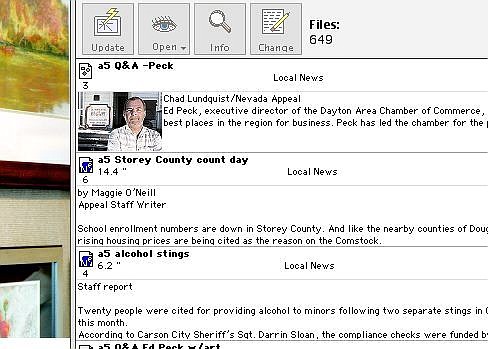 JoAnne Wood stands in front of her collection of watercolor and pastel paintings at the Brewery Arts Center on Friday. Wood is the featured artist at the Carson City art center gallery. BRAD HORN/ Nevada Appeal