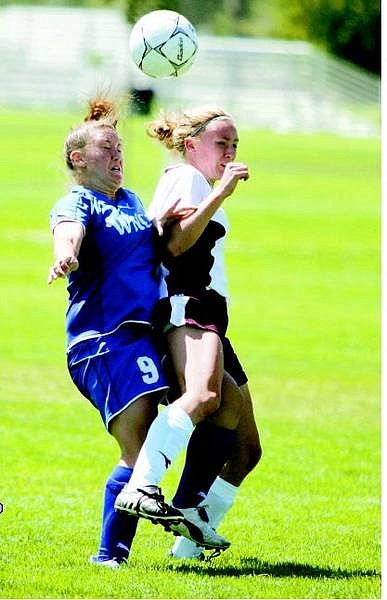 BRAD HORN/Nevada Appeal Melissa Foldfin fights for the ball against a Northern Idaho Cardinal during the first half at Edmonds Sports Complex on Saturday.