Bent and brittle, 120-year-old violin is made like new 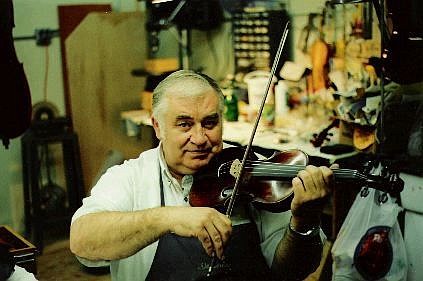 Submitted photo Dennis Butterfield, a string repairman, restored the historic violin in his Reno Maytan Music Center shop. He will play it with his orchestra during the 1864 Governor&#039;s Ball tonight at Piper&#039;s Opera House in Virginia City.