Another accident at Occidental 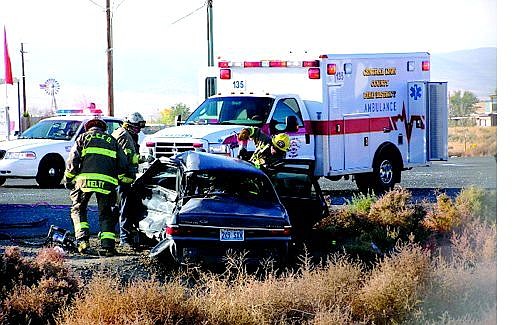 Photo by Mike Moore/For the Nevada Appeal Lyon County rescue crews work to free a 17-year-old girl trapped in her vehicle following a collision Thursday morning at Occidental Drive and Highway 50. This was the second time in a week when a 17-year-old was injured trying to pull out from the River Park subdivision, a new development of more than 500 homes in Dayton.