Blame it on the rain 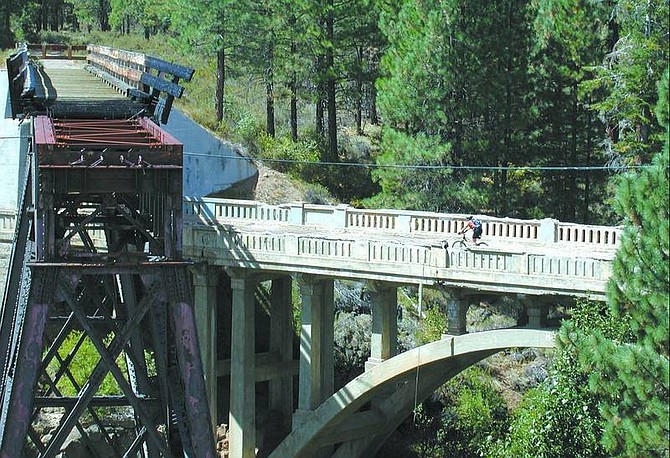 Kelli Du Fresne/Nevada Appeal Christy Chamberlain crosses an old automobile bridge, now part of The Bizz Johnson Trail. The bridge, once part of the old highway, is used in place of the former railroad trestle that burned.