Children learn about their choppers 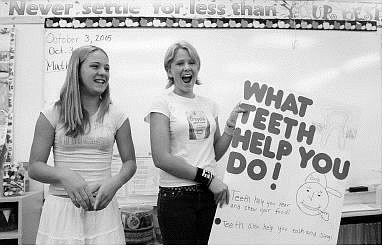