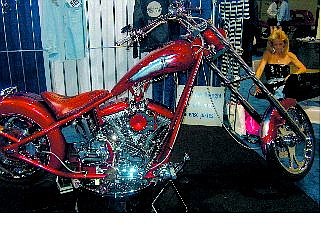 Photo submitted The first custom chopper made by Big House Choppers, a group of Nevada prison inmates, was recently on display in Las Vegas.