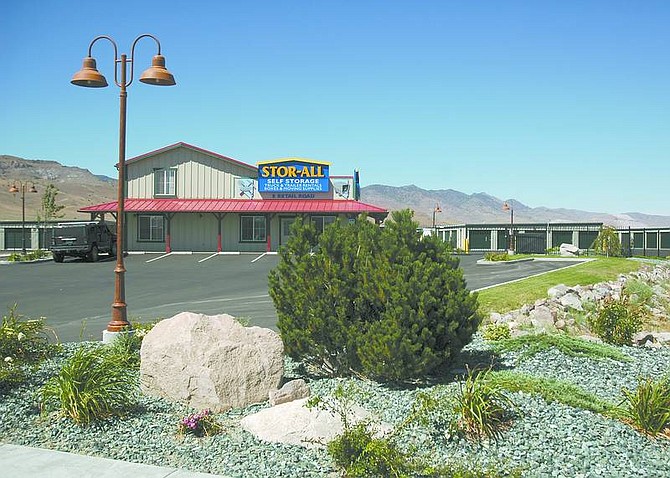 Photos by Kevin Clifford/Nevada Appeal Stor-All Self Storage in Dayton, two businesses down from Smith&#039;s Food and Drug Centers, has landscaped the area around its parking lot.