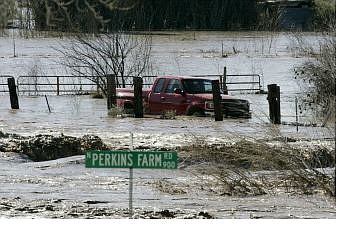 Associated Press A truck sits in a road flooded by the Muddy River in Overton on Wednesday. Several hundred people were evacuated from parts of the town in anticipation of the flood.