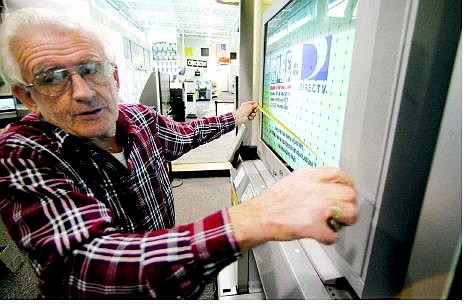 BRAD HORN/Nevada Appeal Alan Kidney, of Gardnerville Ranchos, measures a television for his home while shopping at Best Buy with his wife of 53-years, Valerie, Friday morning.