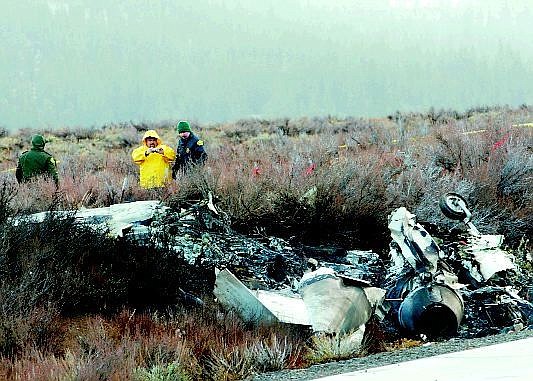 Photo by Ryan Salm/Sierra Sun Investigators examine remnants of the wreckage after a private jet crashed and burst into flames Wednesday. Both occupants were killed when the jet crashed as it tried to land at Truckee Tahoe Airport north of Lake Tahoe.