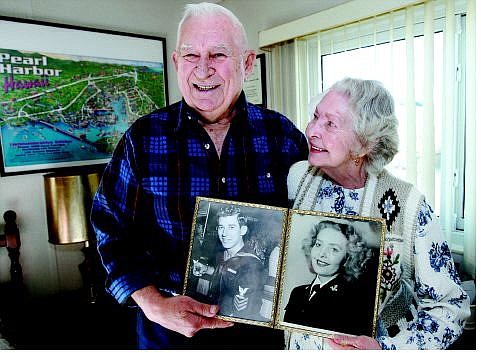 Chad Lundquist/Nevada Appeal Pearl Harbor veterans Howard Spreeman, 84, and wife, Rosalyn, 80, stand in &quot;the war room&quot; at their home on Monday. The room is filled with photos and medals dedicated to the memory of those who died at Pearl Harbor. Howard was in the U.S. Navy 20 years; Rosalyn was in the U.S. Navy from 1943-45, and in the reserves from 1945-62.