Staying on top of things 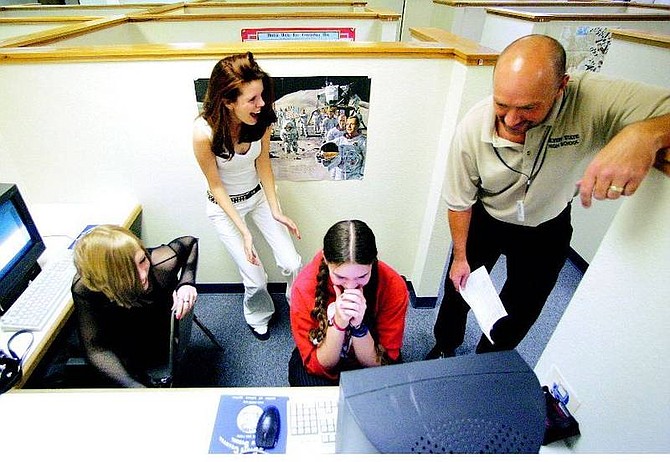 BRAD HORN/Nevada Appeal Nicole Halabuk, 16, from left, Kylie Antti, 16, Rachel Kennedy, 16, and teacher David Papke laugh after reading an introduction written by Kennedy for an English class at Silver State Charter School on Thursday. One of the features of the school is small cubicles where students can work without distractions. Kennedy and Halabuk said this has enhanced their ability to study at school.