'Proto-hippie' still burning up the airwaves 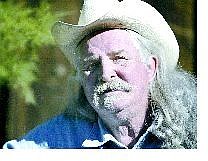