Only a shell of an A&W 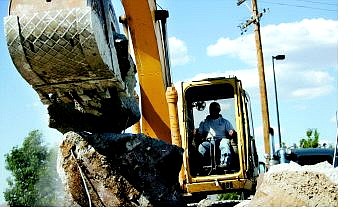 The A&amp;W restaurant that once stood on the corner of Clearview Drive and South Carson Street is reduced to rubble Monday in preparation for the widening of Clearview, which is slated for spring. Chad Lundquist Nevada Appeal