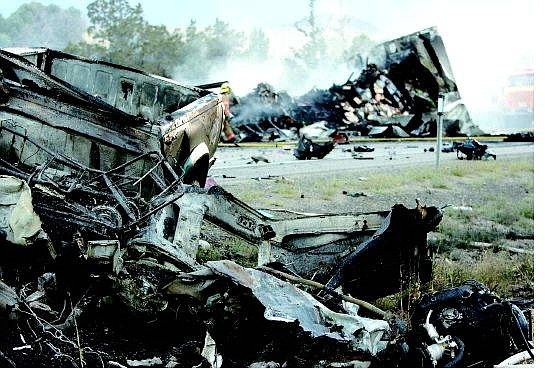 Chad Lundquist/Nevada Appeal The smoldering remains of a pickup and a tractor trailer is all that was left from the accident that killed three on Sunday at around 5:40 p.m. just south of Gardnerville on Highway 395.