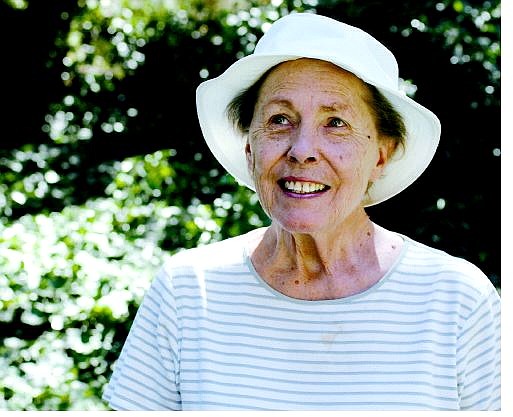 Chad Lundquist/Nevada Appeal Bobbi Dowell, founder of the Singing Seniors and musical director for nine Senior Follies productions, stands in her back yard on Tuesday. Dowell will be moving to Odessa, Texas, by Aug. 10.