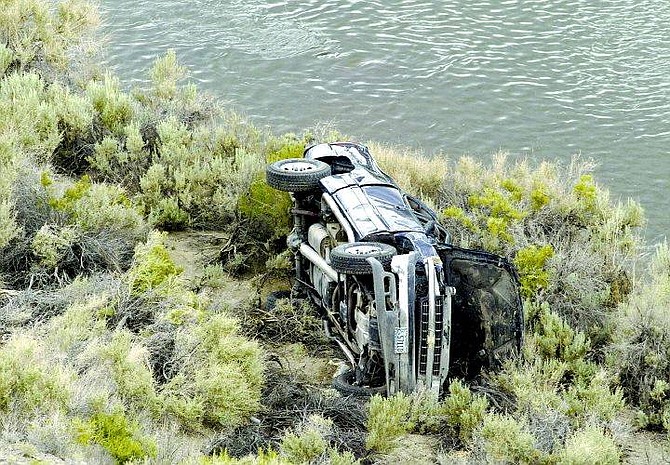 Cathleen Allison/Nevada Appeal Washoe County Sheriff&#039;s officials investigate the scene of an accident near Wadsworth, where Brenda Scott&#039;s truck was located down an embankment near the Truckee River.