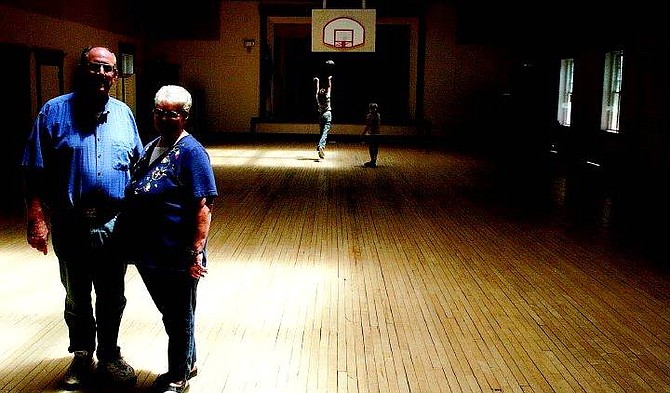 BRAD HORN/Nevada Appeal Dave and Cheri Scott stand in Dayton Community Center&#039;s gym while girls shoot hoops Thursday afternoon. The Scotts along with other Dayton members of the Church of Jesus Christ of Latter-day Saints attended services in the gym in 1982.