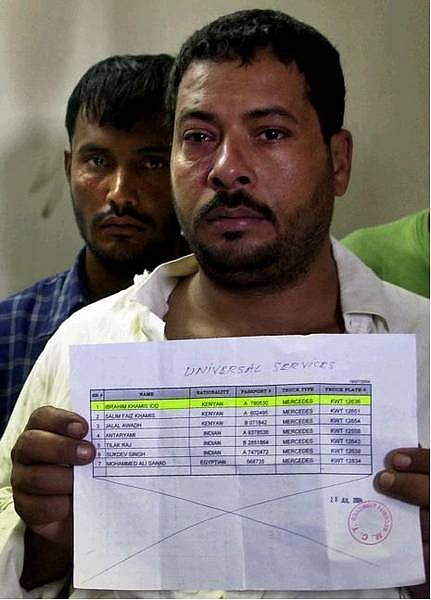 One of six hostages is seen holding a document as they are held by insurgents, unseen in picture, at an undisclosed location in Iraq in this image handed to the Associated Press on Wednesday July 21, 2004. A militant group says it has taken six foreign truck drivers hostage and will behead them if their countries do not withdraw their forces. (AP Photo/Str)