Lifelong Carson resident wouldn't have it any other way 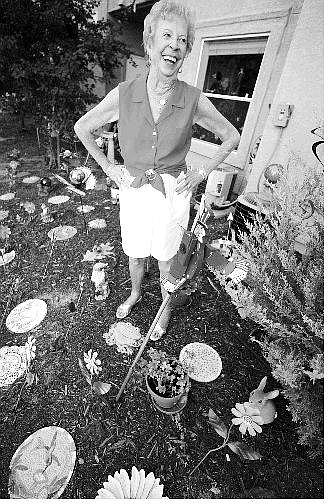 BRAD HORN/Nevada Appeal Shirley Cunningham, a 70-year-resident of Carson City, talks about the artistic and colorful garden she built in her back yard at Park Manor on Sunday afternoon.