Family has several generations of Marines 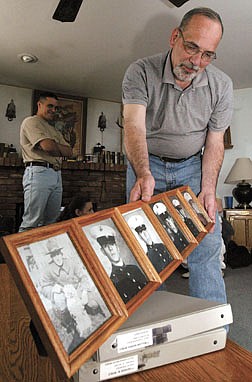 Dave Wyble, Sr., shows a collection of family photos of six Wyble men who have served in the Marines, including Wyble&#039;s son Brett who is currently stationed in Hawaii.