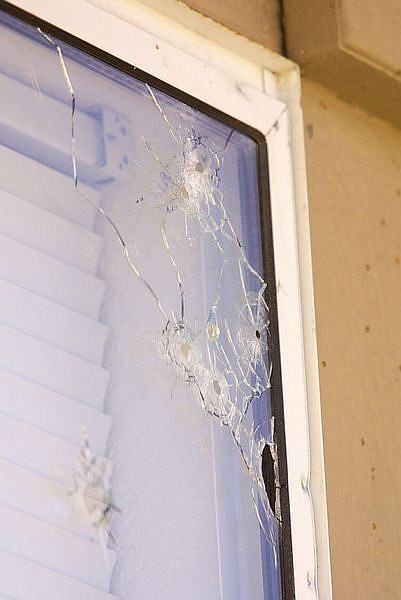 Carson City Sheriff&#039;s Department is investigating a window of a house on Century Circle which was damaged by a shotgun blast on Sunday night.