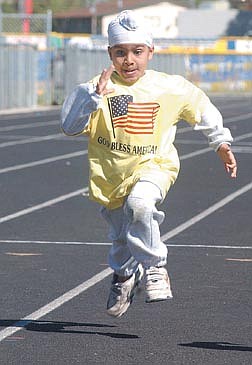 Harman Singh, 5, runs in the six and under 20-meter race at the Northern Nevada Sikh Society Sports Day Saturday. Most of the particapants wore yellow or blue shirts with the American Flag on them. He took second place. Photo by Brian Corley