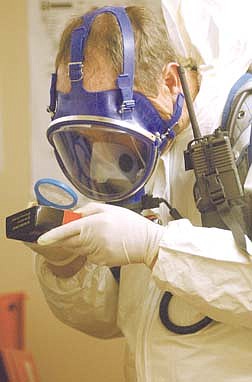 Larry Berg looks at powder through a magnify glass found in a box of newly opened checks. Photo by Brian Corley