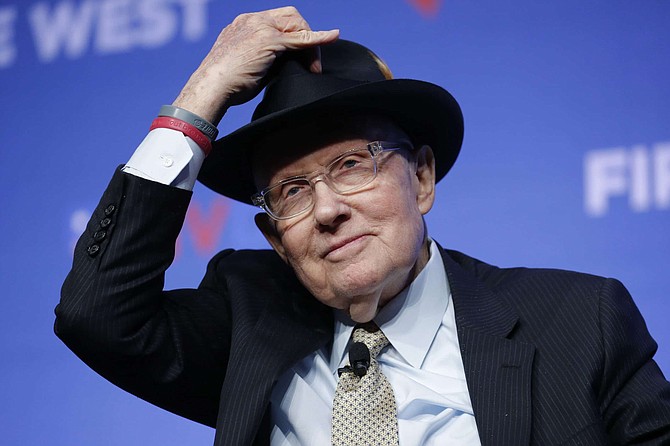 FILE - In this Nov. 17, 2019, file photo, former Senate Majority Leader Harry Reid tips his hat during a fundraiser for the Nevada Democratic Party in Las Vegas. Reid says his pancreatic cancer is in remission after he had an experimental treatment aimed at helping his immune system fight the disease. He said in an interview Thursday, June 11, 2020, on Fox Business that he feels &quot;like a million bucks.&quot; Reid left his Nevada Senate seat in 2016 after more than three decades in Congress. (AP Photo/John Locher, File) 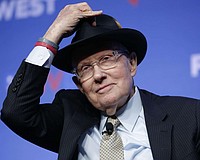 Harry Reid, the former U.S. Senate majority and minority leader, said Tuesday that Donald Trump is making Democratic chances to reclaim the majority in the Senate a strong possibility. “What we have every day with Trump talking and tweeting, every day is a good day for Democrats because he’s making a fool of himself,” said Reid in a Zoom press conference with Nevada reporters. “People are interested in people who want to be constructive. They know that President Trump has done a terrible job.”