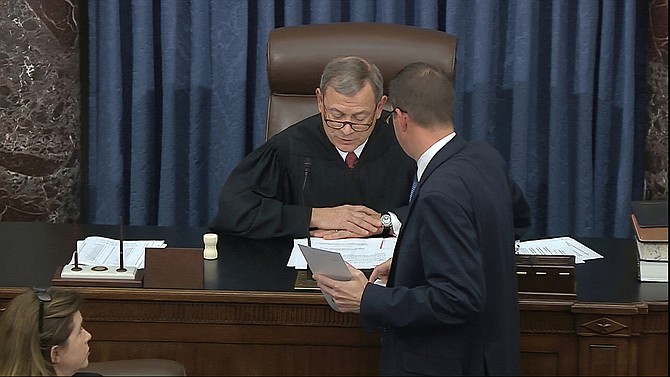 In this image from video, presiding officer Chief Justice of the United States John Roberts reads the results of the vote on the first article of impeachment, abuse of power, during the impeachment trial against President Donald Trump in the Senate at the U.S. Capitol in Washington, Wednesday, Feb. 5, 2020. The Senate vote for not guilty was 52-48. (Senate Television via AP) 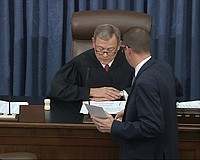 WASHINGTON — President Donald Trump won impeachment acquittal Wednesday in the U.S. Senate, bringing to a close only the third presidential trial in American history with votes that split the country, tested civic norms and fed the tumultuous 2020 race for the White House.