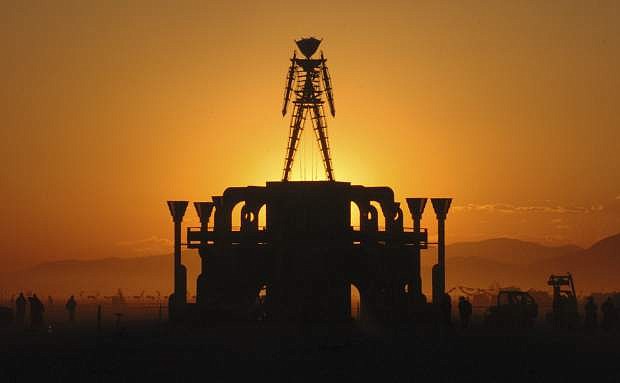 FILE - In this Sept. 2, 2006 file photo, The Man, a stick figured symbol of the Burning Man art festival, is silhouetted against a morning sunrise in Nevada&#039;s Black Rock Desert. Burning Man organizers say the U.S. government wants to place unreasonable conditions on a proposal to expand the counter-culture festival&#039;s capacity to 100,000, including more security searches and hardened barriers around the perimeter that the agency says would reduce vulnerability to terrorism. (AP Photo/Ron Lewis, File) 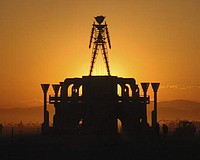