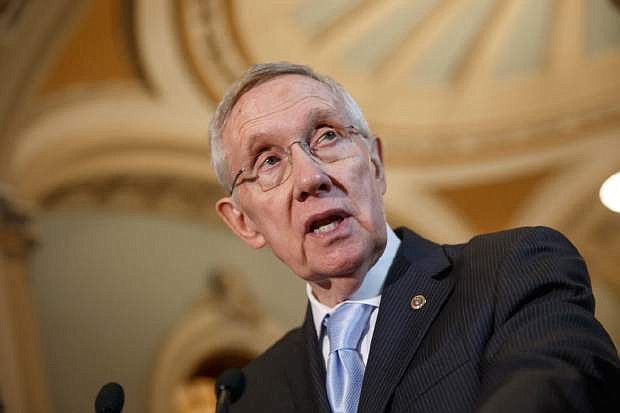 FILE - In this Sept. 16, 2014, file photo, Senate Majority Leader Harry Reid, D-Nev., speaks with reporters following a Democratic policy lunch at the Capitol in Washington. Reid has twice won elections he was supposed to lose. If Democrats avoid a bloodbath and maintain control of the Senate in November, much of the credit will go to the wily Nevada Democrat. Reid is not on the ballot this year, but his position as majority leader depends on Democrats denying Republicans the net six seats they need to retake the Senate. (AP Photo/J. Scott Applewhite, File) 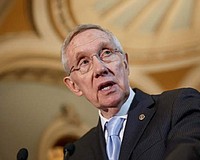