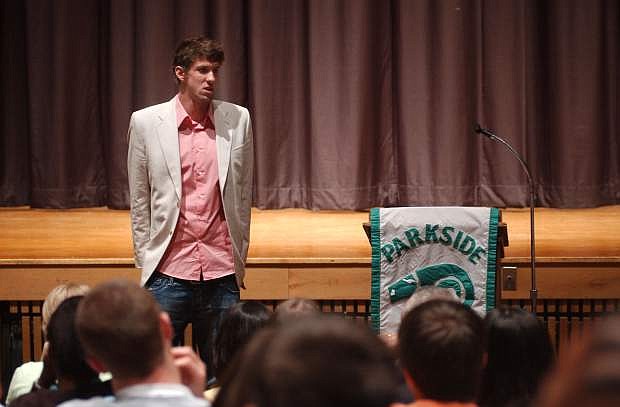 FILE - In this April 18, 2005, file photo, Olympic gold medalist Michael Phelps speaks to a group of seniors at Parkside High School in Salisbury, Md., as part of his sentence after pleading guilty to a DUI charge. Authorities say Phelps has been arrested on a DUI charge in Maryland. Transit police say they stopped the 29-year-old Phelps at the Fort McHenry Tunnel in Baltimore around 1:40 a.m. Tuesday, Sept. 30, 2014. (AP Photo/Matthew S. Gunby, File) 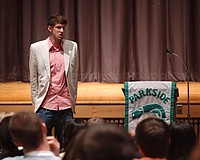