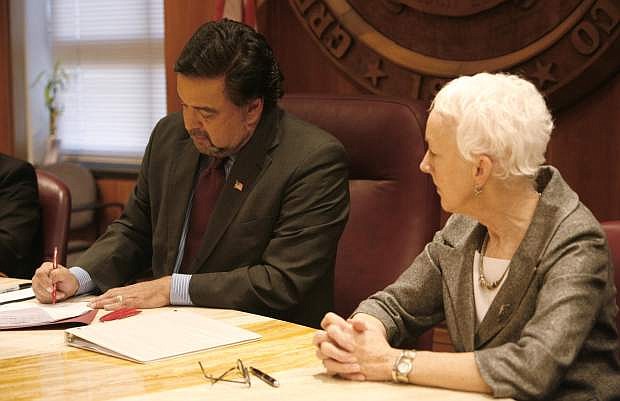 FILE - In this March 18, 2009, file photo, former New Mexico Gov. Bill Richardson signs the repeal of the death penalty in his office in Santa Fe, N.M., while Rep. Gail Chasey, D-Albuquerque, looks on. Richardson has since campaigned against the death penalty in other states. He described meeting with several exonerated death row inmates. There are more than 140 nationwide, as well as families of victims and law enforcement officials. (AP Photo/Jane Phillips, The New Mexican, File) 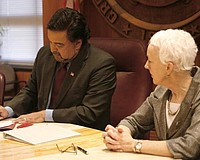