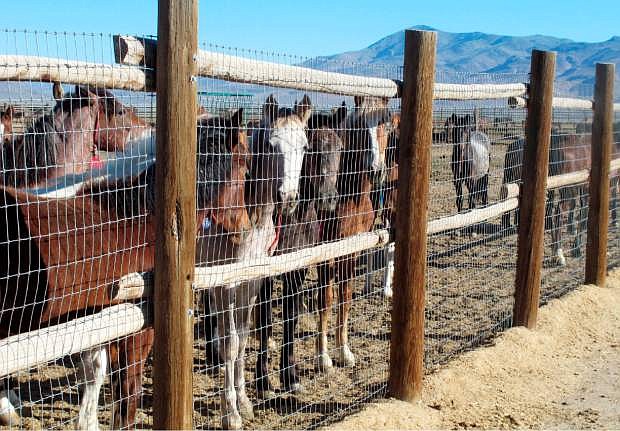 FILE - In this June 5, 2013, file photo, horses stand behind a fence at the Bureau of Land Management&#039;s Palomino Valley holding facility in Palomino Valley, Nev. The head of the government&#039;s $70 million wild horse management program warned last summer it is headed for financial collapse unless ``drastic changes&#039;&#039; are made. Lingering drought, a record 49,000 mustangs in long- and short-term holding, and an on-range population that doubles every four years and is projected to exceed 60,000 in 2015, threaten the program&#039;s future. (AP Photo/Scott Sonner, File) 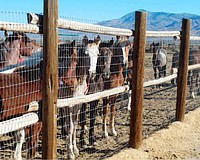