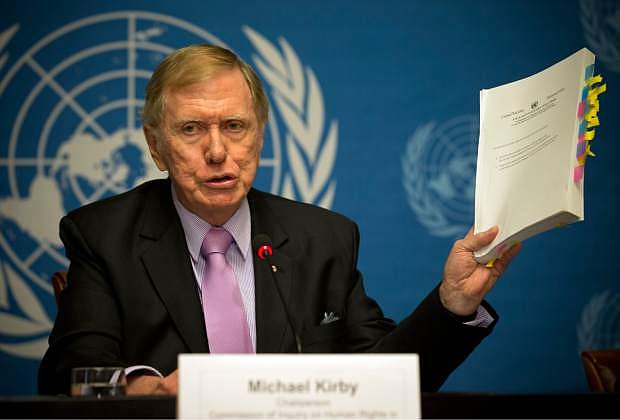 Retired Australian judge Michael Kirby, chairperson of the commission of Inquiry on Human Rights in the Democratic People&#039;s Republic of Korea, shows the commission&#039;s report during a press conference at the United Nations in Geneva, Switzerland, Monday, Feb. 17, 2014. A U.N. panel has warned North Korean leader Kim Jong Un that he may be held accountable for orchestrating widespread crimes against civilians in the secretive Asian nation. Kirby told the leader in a letter accompanying a yearlong investigative report on North Korea that international prosecution is needed &quot;to render accountable all those, including possibly yourself, who may be responsible for crimes against humanity.&quot; (AP Photo/Anja Niedringhaus) 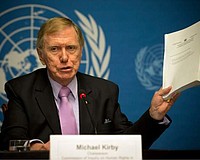