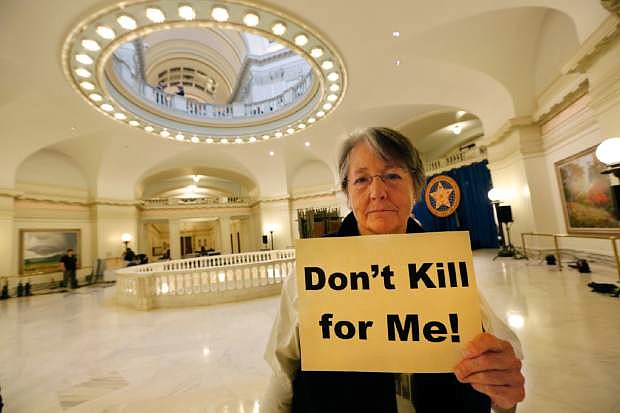 Margaret Cox with Oklahoma Coalition Against the Death Penalty holds a sign protesting the death penalty at the State Capitol in Oklahoma City, Tuesday April 29, 2014. Oklahoma prison officials halted the execution of an inmate after the delivery of a new three-drug combination on Tuesday failed to go as planned. (AP Photo/The Oklahoman, Steve Gooch) 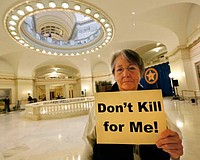