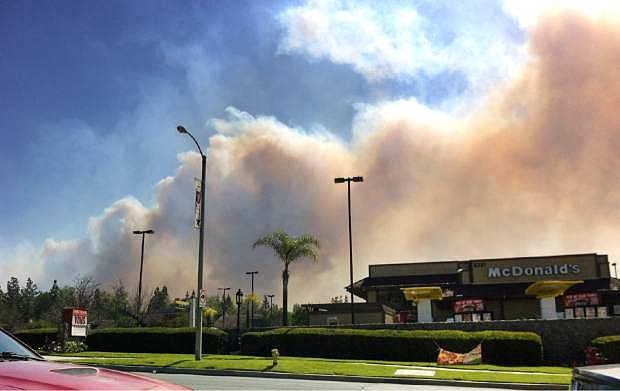 Smoke from a wildfire can bee seen in Rancho Cucamonga, Calif., Wednesday April 30, 2014. Schools and homes were evacuated Wednesday, as dry, gusty winds fanned a smoky wildfire in the foothills of the San Bernardino Mountains in California. At least three schools were shut down due to the smoky conditions in parts of Rancho Cucamonga, a city of 165,000 people east of Los Angeles. (AP photo/John Antczak) 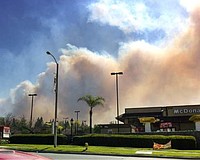