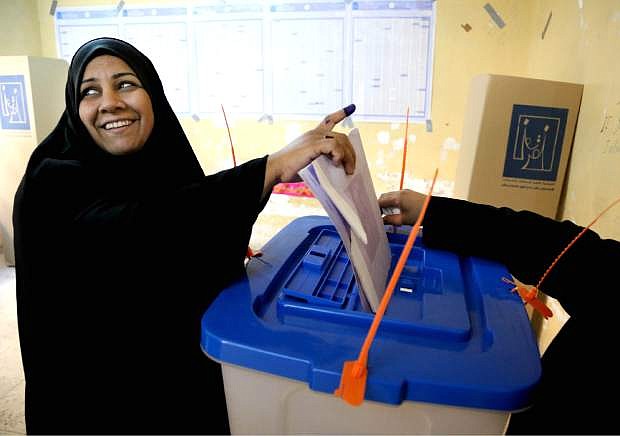 An Iraqi woman casts her vote inside a polling station for parliamentary elections in Baghdad, Iraq, Wednesday, April 30, 2014. Iraq is holding its third parliamentary elections since the U.S.-led invasion that toppled dictator Saddam Hussein. More than 22 million voters are eligible to cast their ballots to choose 328 lawmakers out of more than 9,000 candidates. (AP Photo/Karim Kadim) 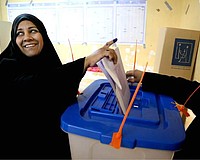