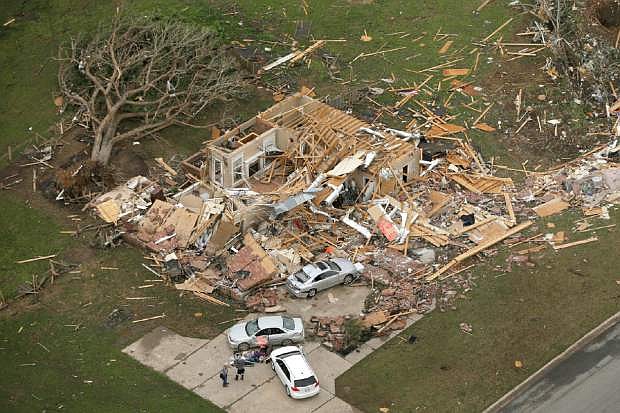 Two men stand in front of a destroyed house in Mayflower, Ark., Monday, April 28, 2014, after a tornado struck the town late Sunday. A tornado system ripped through several states in the central U.S. and left at least 17 dead in a violent start to this year&#039;s storm season, officials said. (AP Photo/Danny Johnston) 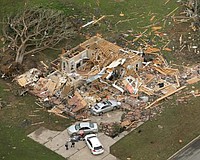